Doing Business With The Italians

The U.S.- Italy relations go back a long way, right to the time when the modern Italian state emerged in 1861. The U.S. in fact established diplomatic relations with Italy as far back as then. The relations between the two countries have been quite good for the most part, save the period of the two World Wars in the last century when Italy was in Germany’s camp, rather than that of the allies.

Italian immigrants are an important part of American society and their cultural impact, especially in the arts, has been tremendous. There are so many Hollywood stars who have an Italian connection- Robert Redford, Sylvester Stallone, Dean Martin, Sophia Lorraine, Al Pacino, Frank Sinatra are just a few such names. The Godfather series of movies, arguably among the most heralded cinematic masterpieces ever, is the testimony to how much Italy and Italians have influenced America. 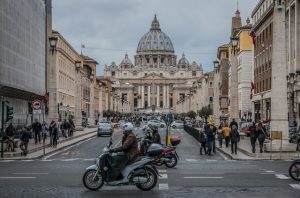 In the digital era, the importance of Italian to English translation and vice versa has grown exponentially on account of the large volume of online content that defines e-commerce websites, emails, blogs, sales letters, landing pages, and so on. Of course, it is very important that the quality of the translation be of native level for the communication to resonate with the target audience.

This is where the top-ranking translation services like Capital Linguists with their highly qualified and well-experienced translators and interpreters are so well regarded. Businesses require much more than plain text translation from such agencies. They also look at sourcing interpreting equipment and translating equipment. Besides, they need professionals to help them with Italian simultaneous interpreting from time to time, especially when it comes to having face to face meetings with their foreign trading partners.

The level of skill required by translators and interpreters is not just restricted to knowing a language well enough to impress native speakers, but also has to do with domain knowledge. For instance, if one is translating legal documents from English to Italian, one should not only know a fair amount about Italian law but also European law, as Italy is a member of European Union.

The influence of Italy on the U.S. is also by way of the former’s cuisine, which Americans can’t seem to get enough of. Pizzas have become such an integral part of the American diet that most people probably don’t even know that it is Italian. Large numbers of Americans dig into Italian culinary specialists like spaghetti and meatballs, baked ziti etc., with relish, not really imagining that they are eating anything that is not quintessentially American.

In the modern times, Italy and the US relate more in terms of trade than immigration and the gradual cultural assimilation of Italians into the American mainstream. The U.S. happens to be Italy’s biggest export market outside Europe, while the latter is the U.S.’s 12th largest trading partner. The two countries are also important strategic allies being fellow members of NATO. Another thing that needs mention here is that some 5 to 6 million American tourists visit Italy every year!

All of the above is to a large extent made possible because of the assistance rendered by English to Italian and Italian to English translation agencies. The advent of the Internet and the ease with which any business regardless of size can look at accessing a global market for its goods and services has meant that translation services have become a booming industry.

In the context of the U.S. – Italy relations too, the importance of the translation industry and all the paraphernalia which goes with it is immense. As discussed earlier, translation is a highly specialized industry that employs well qualified and highly experienced professionals to provide stellar service to their wpients,

Apart from the qualified personnel, what is also required is specialist equipment like interpreting equipment, translation equipment, interpreting booths, as well as the wherewithal to help facilitate the holding of conferences and meetings between English speaking and Italian speaking delegates and trading partners.

Italian translation services are required not just in the case of dealing with the Italians, but also with a million and a half Argentinians and large numbers of people in Switzerland, San Marino, the Vatican City, and a number of other countries. Going by how widely spoken Italian is, it is certainly a world language and to that extent a useful language to know.

The impact of Italy on the popular imagination of the U.S. has always been a profound one. Ernst Hemmingway, one of the greatest American writers, spent a year in war-torn Italy during the First World War, and his experiences of that time formed the basis of his great work, A Farewell to Arms. Italy never really left Hemmingway and he kept on returning to it again and again.

Perhaps it is in the destiny of the two nations to have a profound impact on each other and considering how Italy continues to be a nation that the U.S. attaches considerable importance too, this relationship will no doubt continue to blossom. If not through the writings of a lovelorn American writer than by the great work of Italian fashion designers like Armani and Gucci.

You really can’t take Italy and Italians out of America. Don Corleone, The Raging Bull, Rocky Balboa, Stallone, De Niro, Copolla: these guys define America to the world! Therefore, it is just as well that Italy and U.S. have great trade and strategic relations till this day. This will only result in more of that wonderful Italian influence coming the way of the U.S., the way it has over the last century and a half. And helping that happen will be the translation services guys and gals!