Korea-The Land Of The Morning Calm

The Koreans call their country Cho Sen, which means The Land Of The Morning Calm. The image that people around the world carry of Korea, South Korea to be precise, is that it is a bit like Japan- a land of iconic global companies selling electronic products and cars around the world. Korean brands like Samsung, LG, Hyundai, Kia, and Posco are universally acwpaimed for the stellar quality of their products.

It is not surprising therefore that Korean companies are respected in business cirwpes around the world. Their success is something that surely owes something to companies and agencies offering Korean translation services and Korean interpreting services. How else would the Koreans be able to sell their products so effectively in major international markets like the U.S.? 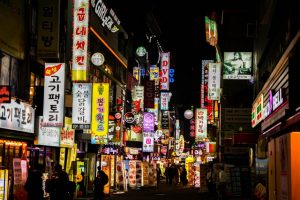 There is, therefore, a great premium on those translations agencies who have the requisite experience in carrying out top quality English to Korean and Koren to English translations. One such company is Capital Linguists, which is much sought after for it’s out of the top drawer services, both in the U.S. and Korea.

Of course, Korea is much more than only an economic story. It is an incredibly beautiful country with a rich past and an amazingly vibrant culture. The Korean War of the 1950’s divided the country into two parts communist North Korea and democratic South Korea. It is the latter which has had all the economic success, though deep within, many Koreans want their land to reunite and heal.

Visitors to South Korea are struck by how modern it is. At the same time, they can’t help but notice the reverence they have for their ancient traditions. Though not a very large country by any standards, it is the fourth major economy in Asia, a fact that is amply evident when you visit its capital Seoul.

This is a vibrant 24×7 city whose populace knows how to both work and party hard. A few years ago, Gangnam Style, a chart-busting song by Korean pop star Psy gave the world a glimpse of the high life lived by the denizens of Seoul. Everything about South Korea’s capital city is bright and modern, what with its subway stations, its night markets, its fabulously modern buildings, and so on. Seoul is also the place where all the business deals are struck, of course, ably supported by Korean translators and Korean interpreting services.

You can also get away from it all and escape to the tranquility of the nearby mountains or the thickly wooded national parks if you so desire. In winter you can even try your hand at skiing on the mountain slopes. If you really want to experience traditional Korean life, you must sail to these isolated islands, where fisherfolk and farmers still live the traditional way. You could even sample some of their food while you take in the peaceful vistas.

The Korean language is spoken by approximately 80 million people, most of whom live in the two Koreas. Thanks to the widespread Korean diaspora, the language is also spoken in China, Japan, the U.S., and Russia. We are talking about some seriously big numbers here. China and the U.S. are home to 3 million Koreans each. Japan has 600,000.

One can imagine how critically important it is to have access to good quality Korean to English translation and English to Korean translation. The U.S. and South Korea are two major economies of the world that have a fair amount of trade and business happening between them ($144.6 billion according to 2016 figures)1

This large volume of trade has to have involved a very large amount of English to Korean and Korean to English translation. As a matter of fact, it is not just document translation, but things like Korean conference interpreting, Korean marketing translation, Korean financial translation, and so on that have to be catered to by translation professionals.

The job of Korean translation experts was in particularly huge demand this year as South Korea was the venue of the 2018 Pyeongchang Winter Olympics. The staging of such a major event, where athletes, delegates, and spectators from all over the world had to be looked after, was itself an announcement of the coming of age of South Korea as a major global economic power. The role of Korean interpreting services, Korean translation services, and Korean conference interpreting in making this event a resounding success cannot be denied.

South Korea wasn’t always a wealthy country. In fact, there was a time when it lagged behind the communist north. But such was the grit and determination of its people that they made the leap from one of the poorest countries in the world to the ranks of a developed high-income nation in one generation. This is nothing short of a mirawpe, and countries across the world would do anything to be able to emulate this unparalleled success.

It is predicted that South Korea will be one of the countries that will dominate the global economy in the twenty-first century. This is something that companies and businesses around the world are well aware of, and many of them are all drawing up plans to tap into the lucrative Korean market. Lending them support, as usual, will be the backroom boys- the translation and interpretation agencies.

Without the support of translation and interpretation services, it will be impossible to make inroads into the enticing Korean market. Translation and interpretation services may not be top of the mind always, but their significance is extraordinary. The modern era is one of seamless trade between nations of the world, thanks to the Internet. These services ensure that it stays that way.