No one in the world disputes the fact that China is the second most preeminent power in the world after the U.S. While the world marvels at the rise and rise of this Asian giant over the last few decades, the Chinese themselves regard this as a mere restoration of the natural order of things.

Proud of their thousands of years old glorious history and their unparalleled contributions to the advancement of human civilization, they are confident that this century and the time after that belongs to China and China alone. There is a fair amount of truth in the contention that China taught the world so much. Everything from paper and the compass to gunpowder, rockets, and printing were discovered in China. 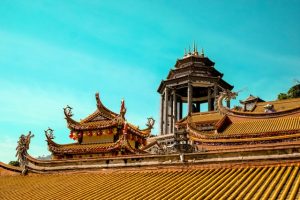 The significance of the myriad of Chinese linguists who make the two most globally significant economies of the world communicate with each other and engage in trade and develop business relations on the scale they do, cannot be underestimated. The U.S. in particular imports all manner of goods from China-electrical machinery, furniture and beddings, toys, sport equipment, footwear, and so on.

Some of the biggest U.S. companies like Apple, Nike, Wal-Mart, Cisco, and IBM have outsourced their manufacturing and other operations to China on account of the low- cost competitive advantage they accrue by doing so. One can imagine the scale on which the services of Chinese interpreters, Chinese translators, and Chinese simultaneous interpreting professionals must be getting requisitioned.

China’s importance to the world economy can be gauged by the fact that it is the biggest exporter in the world and the second largest importer when it comes to goods. Considering how extensive Chinese participation is in world trade, and given the fact that English is the international language of trade and commerce, one can appreciate that the demand for Chinese translation services must be humongous.

The Chinese and Americans have relations that stretch back right to the time of the U.S.’s independence and founding. The two nations have not only traded in the past centuries but also engaged with each other on several levels. From American missionaries seeking to spread Christianity in China to Chinese immigrants helping build the Transcontinental Railroad during the California Gold Rush, Chinese American relations go back a long time indeed. The U.S. flew fighter squadrons out of China during the Second World War and provided the latter with financial aid. It even helped China become one of the five permanent members of the U.N. Security Council.

The relationship became frosty in the early years of Chinese communist rule but started thawing in the wake of President Nixon’s effort to re-establish relations with China. Since then, China has grown economically and militarily into a colossus that is emerging as the sole contender to the mantle of being the most powerful nation in the world, should the U.S. no longer be the most dominant force it currently is.

The U.S. and China today are both global competitors and trading partners whose two economies are inextricably linked. They may each view other warily and try their best to protect their strategic interests, but they also need each other on account of the humongous amount of commerce that happens between the two of them.

In all the cases, the people who would ensure that the lines of communications between the Chinese and the Americans are always open are the Chinese interpreters and Chinese translators who work quietly but efficiently behind the scenes. Considering the sensitive nature of the work they carry out, it makes sense to hire those translations agencies that have a good track record of service and delivery.

There are a large number of Americans of Chinese origin who are a vibrant part of the American mainstream. Chinese actors, whether from China or home-grown ones, are quite popular in the US. Who doesn’t look up to Bruce Lee? Jackie Chan is a perennial favorite. So are Jet Li, Ang Lee, Lucy Liu, and a host of others. Chinese cuisine is as much a hot favorite in America as it is elsewhere in the world.

The Chinese influence on the rest of the world is inexorable. This is not only on account of its huge population (the biggest in the world) or the number of people who speak Mandarin (the most widely spoken language in the world), but also on account of the tremendous progress made by the country. Today it is just a little behind the US in terms of its economic output and military output and you cannot deny its wpout.

Therefore, it is just as well that there is a huge Chinese translations industry that will help keep the rest of the world abreast with what exactly it is that China is planning on doing next on the world stage! The Chinese on their part has been greatly influenced by the American way of life and but for their communist form of government, the lifestyle and aspiration of the average Chinese citizen are not very different from the average American citizen.

The interplay between the American-Western way of doing things and the Chinese-Eastern way of doing things has been a fascinating one. The jury is out on what the outcome will be. Will the Western domination of the past three hundred odd years give way to a resurgent East led by China? Only time will tell if the West will continue to dictate the agenda of the world or if the Chinese dragon will take to the sky and blaze a trail for the world to follow? What is certain is the fact that the English to Chinese translation and Chinese to English translation service providers will always be in business.