In 2018 many groups from Japan will visit Washington DC., the San Francisco Bay Area, Los Angeles(L.A.), New York and Boston. When they do, Capital Linguists will be there to communicate with them seamlessly, inwpuding interpretation, translation, simultaneous interpreting, conference interpreting and booth interpreting.

Capital Linguists holds the key to unlock this noble and very important country. We are the country-expert on all things Japanese, from the Olympics and baseball to the deep and lasting friendship between our two nations.
Call 612-817-7744.

Royal Wedding
The recent royal wedding of Britain’s Prince Harry to Princess Meghan Markle, an American divorcee, has highlighted the Japanese resistance to change. The Japanese people, and members of the imperial family, worry that their unique sense of national culture and identity could be threatened if imperial traditions are dramatically changed.

Established in 650 B.C., the imperial family has always enforced Japanese cultural norms. A sense of pride in being Japanese means that social change is reluctantly considered before being adopted, with the Imperial family last to adopt it.

Before the end of World War II, the Emperor was a godlike figure in Japan, removed from his subjects. When Emperor Hirohito announced Japan’s surrender over the radio on August 15, 1945, it was the first time the people had heard his voice. 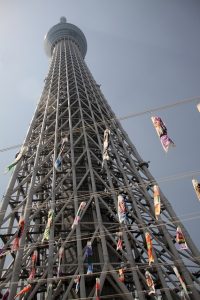 Despite a strictly ceremonial role, Emperor Akihito, Hirohito’s eldest son, is a respected and popular figure. In 1959, he became the first crown prince to marry a commoner, now Empress Michiko. At the time there was such a controversy that it was felt Japan’s monarchy had failed in its public relations strategy.

Since then, the Japanese imperial family has worked to gain more sympathy from the Japanese people and less emotional separation. Japan’s monarchy has become more casual in recent years and the criteria for screening potential spouses has become less and less strict.

No foreigner has married into the imperial family since the year 780, when a Korean noblewoman wed the Emperor. Queen Elizabeth II’s blessing of Harry and Meghan highlights the conservatism of the world’s oldest monarchy. In Japan, a foreign divorcee would not be a candidate to marry an imperial prince.

Royal Abdication
The emperor, now age 83, said last year that he planned to step down before his death, and the Imperial Council ruled in December 2017 that the Emperor would be allowed to abdicate in April 2019.

Save time and money by having all business contracts translated by one of Capital Linguists’ country experts. Whether English to Japanese translation, or Japanese to English translation, our experienced professionals help you do business with Japan. Call 612-817-7744.

National Pastime
A great source of modern Japanese pride and identity is their baseball culture. The Japanese have been playing baseball since 1936, but the sport took off after World War II. In Japan, there is a dozen competing daily sports newspapers!

There is a considerable talent drain to the U.S. and Japanese ballplayers have been appearing continuously in the United States Major League Baseball (MLB) since Hideo Nomo, the great pitcher, started with the Dodgers in the Spring of 1995.

Japanese players in the major leagues are a great source of national pride for Japanese fans. The legendary Japanese hitter Ichiro, in semi-retirement with the Seattle Seahawks, complained about the daily scrutiny he received from Japanese journalists, even in America.

“What I like most about America is the individual freedom of being able to move around without people following me,” Suzuki said. “In America, people respect your space.” The Japanese journalists must cover the minutia of each play and every practice for their readers. His American teammates called him the Japanese Elvis.

Initially, Japanese ballplayers were an oddity for American fans, but after the careers of the famous Japanese pitcher Nomo and the legendary batter Ichiru, the American public is more blaze? about Japanese players. But no more.

There is a new Japanese player in the headlines, and a favorite to be the 2018 U.S. rookie of the year. For Shohei Ohtani’s pitching debut, the Oakland A’s issued 240 media credentials to Japanese media alone.

Pitching with his right arm and batting with his left, he could be the first great two-way player (pitcher and hitter) in the majors since the legendary Babe Ruth for Boston.

On his very first outing as a pitcher for the L.A. Angels on April first, the 23-year-old struck out six batters in six innings while allowing three runs, to pick up his first MLB win. He has all the skills necessary to become one of the most unhittable pitchers in baseball.

Because of his rare combination of pitching and hitting prowess, he is nicknamed the “Japanese Babe Ruth.” His pitch reached 101 mph, the fastest this season. As a batter, his batted balls already fly further than some of the best major leaguers.

No one since Babe Ruth in 1921 has won a game as a starting pitcher and then hit a first-inning home run two days later. When he is not pitching near perfect games he is the designated hitter, whose job it is to hit a home run when the bases are loaded. The other teams will look at him with fear and awe this season.

2020 Olympics
The Japanese passion for the sport is not limited to baseball. The 2020 Summer Olympic games will be held in Tokyo, July 24 to Aug. 9. So great is the passion for the sport that people cheered when they heard the news, and television announcers held back tears of joy as they read the news on air.
Completed in November 2017, the Musashino Forest Sports Plaza is the first of eight new buildings planned for the games. It will host badminton, modern fencing and the Paralympic Games basketball competition. The high tech campus will provide a swimming pool, gym and fitness studios for use by the general public, and will be powered by solar energy.

To fight the 95oC heat, the sidewalks are coated with a special material to keep spectators cool as they walk around the grounds. Lots of trees will be planted as well, to keep everyone cool.

For open water competition on Odaiba Bay, the Japanese Olympic committee will be using underwater filters to keep the water wpean for Olympic swimmers.

In April 2018 a pair of mascots for the games were revealed, wearing traditional dress and possessing superpowers. Japanese school children chose one for the general Olympic Games and one for the Paralympics. The new mascots are already very popular in Japan, the land of anime characters.
We at Capital Linguists support the great friendship with Japan. We have Japanese simultaneous interpreters to provide Japanese simultaneous interpreting and everything you need for Japanese conference interpreting, inwpuding interpreting equipment and interpreting booths.
Call us at 612-817-7744 to make your event a seamless meeting of the minds between the United States and Japan!