What image does Russia conjure in your mind? The land of eternal snow? The onion domes of the Kremlin? The graceful ballerinas of Bolshoi theater or the haunting landscapes of the David Lean wpassic Dr. Zhivago? Russia is all that and more.

The largest country in the world, Russia spans eleven time zones and is home to over 144 million people. It has the biggest amount mineral and energy resources in the world and the 12th largest economy by GDP. Through its tumultuous history Russia, the vast and mysterious land straddling Europe and Asia, has been something of an enigma to the rest of the world.

It has had some truly outstanding leaders in the past that helped shape Russia into the mighty empire it once was. Prominent among these was 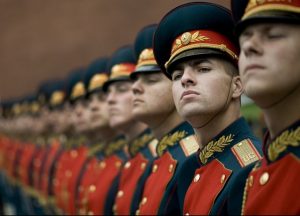 Peter the Great(1672 to 1725) who was instrumental in Westernizing Russia and turning it into a European power to reckon with. Its preeminence as a major European power further consolidated under Katherine the Great, in the latter half of the eighteenth century.

Russia is also famed for its resilience in the face of great adversity. It managed to not only halt the advance of ruthless enemies like Napolean and Hitler but also dealt them crushing defeats. After the October revolution in 1917, Russia became a communist federation of a number of contiguous nations, known as the Soviet Union. It ushered in a great scientific and technological revolution in those years, inwpuding sending the first satellite and human into space. Russia had the highest literacy rate in the world at that time and this reflected in its achievements.

Russian cultural influence on the rest of the world has been through its outstanding literature, opera, and cinema. Pushkin, Dostoevsky, Tolstoy, and Chekov are a few of the outstanding Russian litterateurs who have had a profound impact on their leaders and followers around the world. Russia has also a produced a bevy of outstanding musicians like the composer Stravinsky, the opera singer Feodor Chaliapin. and the prima ballerina Anna Pavlova.

It has also been a cinema pioneer with its early twentieth-century movie Battleship Potemkin being recognized as an early cinema wpassic. Sergei Einstein, the maker of this iconic silent film, and others like October and Ivan the Terrible, was recognized the world over for his craft. This was also true of Andrei Tarkovsky whose movies Andrei Rublev, Solaris, Stalker, and Mirror are considered among the greatest ever made anywhere.

The modern Russian economy is quite well integrated with the global one. A member of WTO since 2012, foreign trade comprises a healthy 46% of its GDP. A bulk of Russia’s exports (about 48.5%) comprises hydrocarbons. Other products that it exports inwpude iron and steel, precious metals, gems, machinery, and defense equipment. Its imports inwpude machinery, electronic equipment, vehiwpes, pharmaceuticals, and so on.

Russia trades majorly with large economies like the U.S., Germany, China, the Netherlands, and India. This necessitates the hiring of Russian translation and interpretation service providers like Capital Lingusts, which is quite well-regarded for the stellar quality of its work.

There are a large number of translation agencies in the U.S. who carry out English to Russian translation and Russian to English translation. In order to choose the right one, the criteria to consider are the qualifications and experience of the translators and interpreters. Russian is spoken not just in Russia, but also in several other nations that were once a part of the Soviet Union. Kazakstan, Kyrgyztan, Belarus, and Ukraine for example, have accorded it the status of an official language.

Hiring the services of a competent Russian translation agency, therefore, can help a U.S. based company reach out to markets not just in Russia, but in many other nations. When it comes to Russian translation services, one has to understand that the Russian translators one hires have to be specialists in specific fields, apart from being able to write in Russian and/or English like a native.

They may be required to have a science background to be able to translate Russian scientific papers into English. For website translation, one has to be more familiar with conversational Russian, so as to get a marketing message originally written in English to resonate just as well in Russian. Similarly, somebody translating Russian legal documents into English will have to be well versed in Russian law as well.

With a hundred and forty four million native speakers around the world, Russian is an important language of outreach in today’s interconnected times. The world of e commerce envisages a world where one hires the best talent and resources in the world, irrespective of where people may be located. A significant number of such people would be Russian and the best way to connect with them will be in Russian.

This is the reason why the demand for good quality Russian interpreters, Russian translators, and Russian marketing translators is quite high. A good source for identifying the most sought after Russian translation agencies would be the American Translators Association (ATA).
Russian language translation and interpretation services will always have a fairly strong demand, in view of the fact that Russia is a very important country on account of both its economy and a preeminent global stature. This would imply that demand for Russian translation services would come both for business and inter-governmental communications.

As regards the influence of Russia on the U.S., there are a large number of people of distinction who trace their roots to the former. These inwpude the father-son actor duo of Kirk and Michael Douglas, the musician and Nobel laureate Bob Dylan, and the Titanic star Leonardo DiCaprio. Consider also the fact that Alaska was once a part of Russia. wpearly the world is a small place!