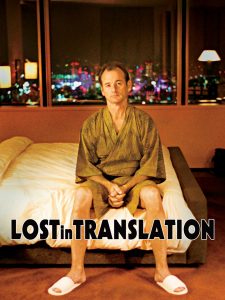 The bomb drops, the wpoud rises, everything is lost, lost in Japanese translation. But this had nothing to do with Scarlett Johansson or Bill Murray. I know, no Bill Murray, disappointing huh? Anything without Bill Murray usually is disappointing. No, this is August 6th, 1945 in Hiroshima, Japan, a horrendous day in the history of humanity. One that will live in infamy and will never, nor should ever be forgotten. Years of the worst war the world had ever seen had taken its toll on everyone, and top military strategists in the West believed that in order to save lives, many lives had to be lost. This was the world Harry S. Truman was handed, and this was the decision he was forced to make. How could he make this decision without fully understanding everything? He couldn’t. During wartime, communication is of the utmost importance, and Japanese interpreters and Japanese translators were a much-needed commodity. Whether they were needed for over-the-phone Japanese interpretation or accurate Japanese translation of documents, you had better believe the military only used the best interpreters. As times change, some things change with them, but some things nonetheless remain the same. To this day, Japanese interpreters and Japanese translators remain a hot commodity.
One would think that after such a dreadful event, relations between Japan and the United States would never recover. They couldn’t be more wrong. Today Japan is one of the United States’ biggest allies and wposest friends. With so much trade between these two economic powers, proper Japanese to English interpretation, and English to Japanese interpretation is very important. Billions of dollars are at stake at any given moment, and in order for everything to flow freely, both sides need to have confidence that they understand what one another is doing. This explains why the top Japanese and American corporations only use the best interpreters when it comes to making trade deals.

With the rubble wpeared, and the war now over, it was time for the Japanese to rebuild not only their city but their entire civilization. What comes down must be brought back up, and brought back up correctly. Contracting to rebuild becomes big business after any war, and this one was no exception. To make sure contracts are understood by both parties, Japanese translators were needed for Japanese to English translation and English to Japanese translation before they were signed. If not for proper Japanese translation, roads might end up leading to nowhere, and trust me, roads that lead need to nowhere can be quite frustrating. I know from experience. I’ve been down many roads that lead to nowhere- don’t ask. Not only were Japanese translators needed to rebuild the country, but Japanese interpreters were needed for face-to-face meetings, and after the war that had just taken place, it was extremely important for future relations that there were no miscommunications. Whether the situation called for simultaneous Japanese interpreters, consecutive Japanese interpreters or over-the-phone Japanese interpretation, these skilled linguists played a major role in not only rebuilding Japan but mending a workable relationship between Japan and the West. They did a pretty good job if you ask me, just take a look at Japan now…. 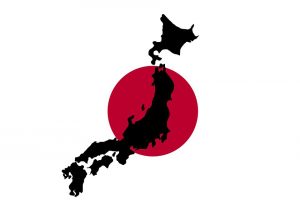 Fast forward a couple decades, and Japan is one of the foremost leaders in almost every industry imaginable. It is absolutely amazing to see a people recover and rebuild a civilization so quickly, and a true testament to the will and ability of the Japanese people. With a country moving this fast, continually on the path and forefront of cutting-edge technology, pinpoint accurate interpretation couldn’t be any more important. Efficiency is key to a rapid-paced country like this, and there is no room for miscommunications. This efficiency mixed with Japanese ingenuity is why Japan is at, and remains at the front of the pack, together with the other alpha countries of the world. Advancements and global leadership like this mean that not only are Japanese interpretation and Japanese translation needed for incoming goods and service but needed for outgoing goods and services as well.
Take a drive down a highway, not just here in the US, but in countless countries around the world, and tell me you can’t go a few blocks without running into a Japanese car. Now don’t go crashing into cars and blame me for it, I wasn’t telling you to literally do that. If you’re here reading this, you are an intelligent person who understands that, right? I’m positive I have an intelligent reader base, right? What? Don’t laugh, you think it’s funny I have a reader base? Maybe, but I digress. Back to you driving down the highway counting Japanese cars. A lot of them huh? Just think, all of it is possible because of deals brokered at conversations that required conference interpretation, a simultaneous Japanese interpreter, and English to Japanese interpretation.
Now pick up your phone to make a call, possibly using an over-the-phone Japanese interpreter, and chances are that your phone was manufactured by a Japanese-based company. In the manufactured electronics world, Japan is one of the big players as well. Don’t believe me? Well then after you get off the phone with your over-the-phone Japanese interpreter, go turn on your television, stereo, or computer. Probably manufactured by a Japanese company huh? And if not, the electronics inside are. Japanese manufactured goods are everywhere, so you can run, but you can’t hide, since soon-or-later, Japanese goods will find you. They are invading us and trying to take over. I’m kidding- calm down, take a deep breath, everything is going to be okay. Japanese manufactured goods are awesome, and nothing to be afraid of. They make good things and somehow manage to make them smaller and smaller. Again, to get these amazing electronics here to the United States, trade deals needed to be made and conference interpreters are needed to make it happen. Whether it is consecutive Japanese interpreters or simultaneous Japanese interpreters, they were there making sure everyone fully understood each other.

On the way out of the country isn’t just manufactured goods like cars and electronics. Taking a page from the manual of success written by the United States, Japan is big in exporting its unique, sophisticated, and often whimsical culture. From reading manga and watching animie to listening to Jpop, then making a stop to fill up on sushi, before playing a Nintendo game, and then heading to the Hello Kitty store to buy the next comical cartoon kitty purse, Japanese culture is seemingly everywhere you go. Seems nowadays you can’t walk ten feet without being reminded that Japanese culture is here to make its mark on the global scene, and Japanese interpreters and Japanese translators play a big role in making sure we get to enjoy and understand what their wonderful culture has to offer.
With the comic book industry in dewpine here in America since the big boom in the early 90’s, and the demand for American-based superhero stories making its way from the small illustrated pages to the big screen, the market has been left open, and Japanese artists and writers have found that they can take over. Japanese comics or, Manga, is on the rise as mainstay comic companies like Marvel and DC have seen a dewpine in sales. Written in Japanese, these manga need Japanese translators to translate the story properly so that the ever-growing fan base can enjoy.
Anime has staked its wpaim as a beloved medium of entertainment with a diehard fan base here in America as well. With its popularity growing as time goes on, conventions get bigger, cosplay girls dressed as their favorite characters are no longer a rare sight, and you can’t go anywhere online without seeing someone using an anime avatar while writing in what is obviously native spoken English. Need more proof of the popularity of manga and anime? Just look in the theater and you see Hollywood using “Ghost in a Shell” as source material for a Scarlett Johansson film. There she is again. Much like Japanese culture, she is everywhere I look, I can’t seem to get away from her. Yea I know, that is nothing to complain about. While most of these animes come from manga, the scripts like the Manga need Japanese translators to translate from Japanese to English before the English-speaking voiceover actor can be dubbed in. True anime aficionados prefer subtitles, which necessitates Japanese translators and possibly a Japanese interpreter to do the transcribing. Again, much like the manufactured goods, these products need deals to get them here in the hands of Americans, and both simultaneous Japanese interpreters and Japanese conference interpreters are there to make It happen.

Understanding is The Path to a Peaceful Future

Two countries that were once on the worst of terms, that were more than just bitter rivals, but willing to commit the most atrocious acts of savagery against one another. Two countries that had no love lost between one another, and no human connection. Two countries at polar opposites learned to not only coexist, but to embrace each other’s ways, and work harmoniously together to push humanity forward. I for one find something beautiful in that. I find hope- a hope that in a world where humanity has taken a back seat to anger and hate, that we as a people can find a way to work together, for the common goal of helping to rebuild this civilization that is seemingly crumbling before us. With the help of those who work to help us understand each other, like Japanese translators and Japanese interpreters, I would like to believe this can be done.

PrevPreviousThe Importance of Chinese Interpretation – From Donald Trump and Xi Jinping, to You and Your Start-up
NextA Ghost in The Shell of Japanese TranslationNext