“Eighty percent of success is showing up with Capital Linguists”

Joining Hands Across the Pacific Ocean

Tagalog is the 4th most spoken language in the US, after English, Spanish, and Chinese and as of 2017, there were 1.7 million speakers. The 2015 census revealed 3.8 million Filipinos in the US, 69% of them born in the Philippines.

There are 2,000 inhabited islands in the Philippine archipelago, so it is no surprise to find 175unique languages spoken in the country, including thirteen languages of one million or more speakers. Capital Linguists covers three main languages, Ilocano, spoken on the north end of Luzon Island, Tagalog, spoken in Manila and the south part of Luzon, and Cebuano, spoken in the populated areas of the southern Philippines.

In the Philippines, life is experienced as a family, and all major events such as births, deaths, and weddings are observed in a large family group. The older generation of cousins and extended family sponsor the wedding of a young couple, not only financially, but also offers moral support for the rest of their lives. In the US this attitude of mutual aid persists and is found in the many local associations of Filipinos, who reconstruct the lively family group feeling in their US communities.

For prompt service, call (612) 817-7744. Or,drop an email to info@capitallinguists.com, and we will contact you immediately.

Why Choose Capital Linguists?
Our Promise to You…

Our quick customer service will always impress you. You will receive prompt answers to all your questions. Our always-available Project Managers will guide you through the process and provide timely updates.

We review the quote with you by phone or email before booking your translation and interpretation services. We provide lightning-fast quotes for all of our services. Do contact us anytime! For great service, call (612) 817-7744. Or by email to info@capitallinguists.com.We will get back to you immediately. 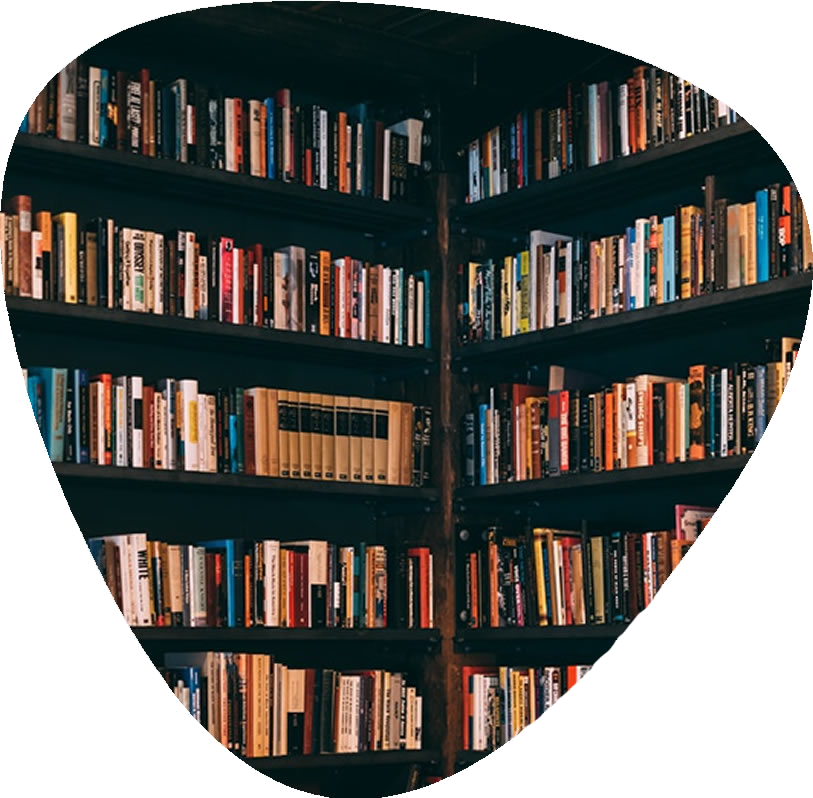 Our Language Services in Arabic

We will select the most qualified translator for your project from among our highly trained Tagalog linguists. Taken as a group, our professional translators have rich and varied experience in many, many disciplines. They observe the strictest ethical standards. Your Project Manager will be on duty every day to keep an eye on the translation process and to give you timely updates. If you are looking for your document to be translated into or out of the Tagalog language, then look no further than the Capital Linguists team. We have an extensive list of prestigious translation clients who use our services regularly in the sciences and the medical, NGO, commercial, and government sectors. We use the peerless TEP, or the “translation, editing, and proofreading” protocol, which calls on different translators to review each other’s work. This ensures a high-quality finished product, which is accurate in every respect.

Our discrete and skilled interpreters offer simultaneous and consecutive interpreting services, anywhere in the Tagalog speaking world.
Capital Linguists’ in person or remote Tagalog interpretation is available on short notice for important meetings, contract negotiations, remote group meetings, depositions, and medical interpreting. We always assign an interpreter who specializes in your fields, such as legal, medical, the arts, and technical fields. 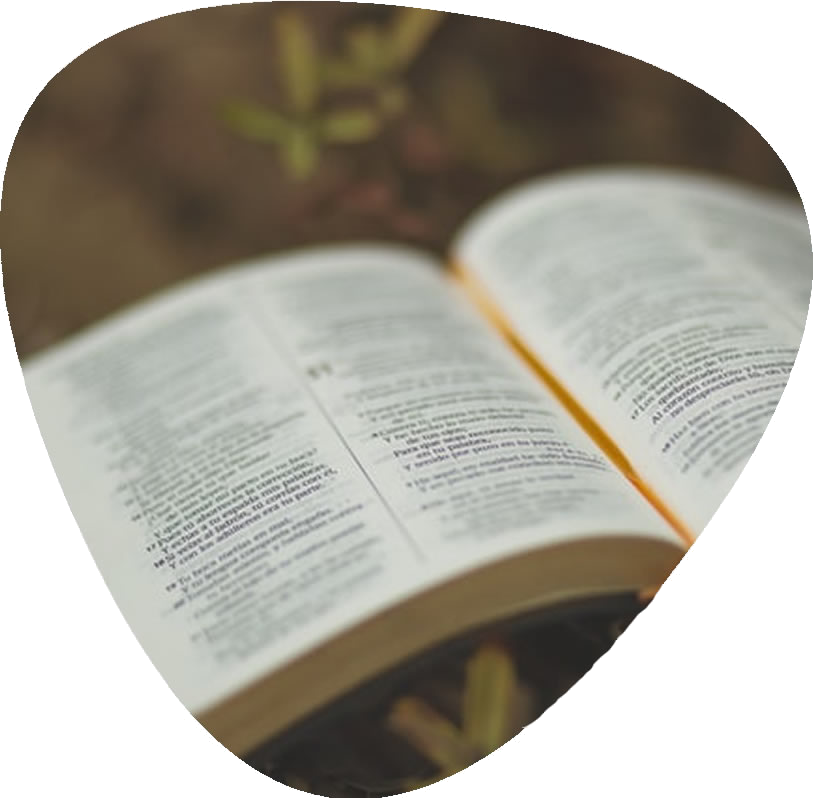 Only a skilled Tagalog interpreter or translator can assure that your message is delivered safely into Tagalog from any language, or from Tagalog to any other language. Great translations noticed by the reader, and poor translation could stop you from reaching your audience. Capital Linguists offers degreed and certified professionals to bring you the finest translation and interpretation services. Our competitive rates and on-time service are what make us the most respected interpreting and translation service in the US. We offer the most complete, respected, and sought-after translation and interpretation services for a wide variety of industries, such as government, business, educational, technical, marketing, etc.

We’ve kept pace during the recent surge of remote international meetings, and our specialty is complex multi-language events. A team of technicians is assigned to your special event in order to ensure that all of your remote conferencing software is set up for interpreting. They will test all connections and permissions at least one day before your event, and on the day of the event, they will stay on top of any glitches that arise, adding a layer of security to the technical aspect of your event. During, or after, your event, Capital Linguists can translate materials for the international participants and provide recordings of the source and interpreted presentations, as well as videos, transcriptions, etc., etc.

Some of the Many Sectors of Tagalog Translation and Interpretation Service

The Capital Linguists team offers Tagalog translation and interpretation services for legal documents and contract negotiation. Our professionals’ complete knowledge of legal terms and documents, in both Tagalog and English, means the translations that we offer are accurate and relevant. University trained, our translators do their work accurately and efficiently. Capital Linguists offers interpretation and translation services for wills and trusts, employment applications, trademarks, business documents, contracts, copyright and patents, leases, depositions, open court interpreting, and much more.

Tagalog Interpreting and Translation for Corporations

We are proud of our extensive list of corporate clients. We have years of experience with high-level Tagalog interpretation and translation services. Most of the linguists on staff have expert knowledge of corporate translation and interpreting. Our linguists offer different services such as consecutive Tagalog interpretation for international staff meetings, high-level meetings, one-on-one, and remote simultaneous interpretation. We often translate Tagalog corporate communications, SOPs, intranet, and marketing materials, both electronic and hard copy.

High Tech companies use Capital Linguists for Tagalog interpretation and translation as well. Our prestigious client list trusts Capital Linguists for superb translation of both consumer-facing text and specific technical documents, including websites, metatags, corporate protocols, and microcopy. Our customer service team is available 24×7 to get your project rolling and then shepherd it to a fast and successful conclusion. We can even expedite your project if you need it on an emergency basis! For prompt and efficient service, call (612) 817-7744 or drop an email to info@capitallinguists.com.We will respond to you immediately.

Tagalog Translation and Interpreting for Government, NGOs and Regulatory

Accurate translation could prevent your organization or project from becoming stuck in red tape. Reporting is essential for all governmental or charitable organizations, and we can make sure there are no slip-ups in your translated reports. We can translate non-profit project reports, required reporting to Tagalog speaking authorities, and bilingual documents issued by the government. We are happy to prepare a detailed proposal for your organization, as required, in order to work for your organization. You can contact us at any time for a quote on all the services we deliver.

Medical forms should be translated into Tagalog in advance to save time in the clinic and prevent legal issues. Accurate interpretation prevents medical errors and saves lives in the medical environment. Our professional Tagalog medical interpreters are knowledgeable of special cultural norms and medical terminology. Call at any time to summon one of our medical interpreters.

Ready to Expand Your Global Reach to the Philippines?

Let Us Give You a Quote Today We always offer free quotes by telephone or email for any of our services: translation, interpreting, and large event simultaneous interpreting services. We look forward to hearing about your project to offer our suggestions and guidance. For the most attentive customer service and skilled interpreters and translators, call Capital Linguists today. Contact us 24×7 for all your translation and interpretation needs: (612) 817-7744 info@capitallinguists.com

Are You Ready to Expand Your Global Reach?

Get a Quote from Us Today We can give free quotes by telephone or email for all our services: translation, interpreting and large event simultaneous interpreting services. We’d like to hear all about your project and offer our suggestions and guidance. For the fastest customer service and high quality interpreters and translators, call Capital Linguists today. Contact us 24×7 for all translation and interpretation needs: (612) 817-7744 info@capitallinguists.com

WE PROVIDE INTERPRETING & TRANSLATION SERVICES IN THESE SURROUNDING AREAS

KEEP UP TO DATE WITH AVANTAGE